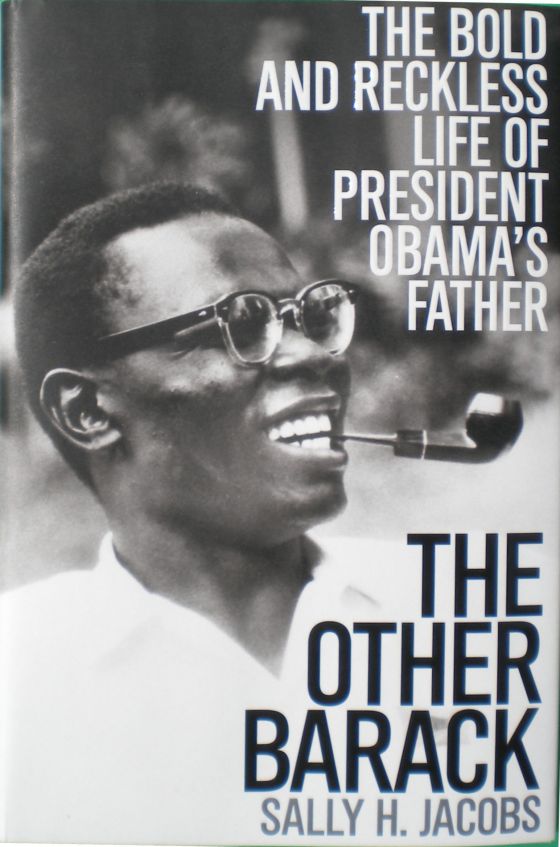 President Obama’s father was a brilliant man, but he had problems. He beat his third wife, Ruth, and had a lifelong drinking problem that only got worse as his career in Kenya went from failure to failure. Barack H. Obama, Sr. boasted of his abilities and his Harvard degree to all and sundry. As he consumed more and more alcohol, he grew louder and louder, and his lies grew in frequency and fancifulness. I believe that he was trying to compensate for a lack of confidence in himself.

Critics of President Obama claim that his father was a Marxist or a communist. That was untrue. As a trained economist, he supported a fusion of capitalism and African communalism. Obama, Sr. was a member of the Luo tribe, and tribal tradition included holding land in communal hands, owned and shared by all within a village. Obama, Sr. wanted all Kenyans to share in the fruits of independence. He was an outspoken critic of Jomo Kenyatta who appropriated much of Kenya’s wealth for himself and close supporters during his extended presidency of Kenya.

This information is from The Other Barack, The Bold and Reckless Life of President Obama’s Father by Sally H. Jacobs. I enjoyed this book muchly, and I recommend it highly. Barack Sr. visited Hawaii, San Francisco and New York City a few years before I did, but we both visited many of the same places. Barack, Sr. and Barack’s mother, Ann, were married on Maui near the Maui airport. My wife and I honeymooned on Maui and in Honolulu in 1976 when Barack, Jr. was in high school in Honolulu. Barack, Jr. was born on August 4, 1961 at the Kapi’olani Medical Center in Honolulu. While looking at Google Earth, I just noted that Barack’s birthplace is only a short distance from the Punch Bowl which contains the grave of war correspondent Ernie Pyle. I remember visiting the Punch Bowl on my third visit to Hawaii in 1974 when Barack was 13.